So, recently I was involved in a debate where the claim was that HVO100 was not approved and not allowed in the diesel engine A20DTx – the diesel engine available for both Saab and Opel. The claim is somewhat correct, but at the same time it’s still invalid. It’s true that Saab didn’t approve HVO100 – probably because the breakthrough of HVO100 comes after Saabs bankruptcy in December 2011. And Opel still being under the GM umbrella, GM that doesn’t really favor diesel as fuel since its an American company.

So, can you run your Saab A20DTH/DTR on HVO100?
Short answer is yes, its no problem… But lets get into some technical details to explain why.

What is HVO and how is it different from FAME?
HVO stands for Hydrotreated Vegetable Oil and is made through a two-stage process known as hydrotreatment, where feedstocks are saturated with hydrogen at high temperatures (over 300°C), followed by a stage of isomerisation/cracking to give the end product the desired fuel qualities. HVO could be classified as a second-generation renewable fuel.

An other biofuel with diesel characteristics are FAME, (Fatty Acid Methyl Ester) which is created through esterifying a natural oil or fat. However the ester bond present in FAME is a rather weak bond, and can easily get attacked by water, oxygen or diesel bug (microbial contamination of diesel fuel) that derates the fuel. This makes storing FAME-fuels hard, and can also be problematic in environments where the fuel easily gets in contact with contaminations like water, for instance marine engines, or maybe as my self has references of, small scale agriculture.

In principle, HVO100 is a chemical copy of diesel, with reducements of sulfur and aromatics (the bad parts in diesel) of course the density is lower somewhere around 775-785kg/m3 but the deviation is lower towards the lower limit for EN590 diesel (800kg / m3) than what tolerances EN590 allow (800-845kg / m3 for Nordic climate)

But if we then go into what lower density means, its not always bad… and there was claims that HVO would be problematic for the diesel pump itself (the high pressure pump for the common rail). To begin with, we are talking about about 3.5-4.5% density difference, well within manufacturing tolerances for a pump of this type that must specify its pumps against EN590 + safety margins + manufacturing tolerances.

With lower density, less work is needed to perform the pressure rise, lower density can also result in slightly lower output pressure from the pump, which in these systems means less fuel in return lines, which leads to an overall higher efficiency in the diesel system.

The United States has by the way no density tolerance, which further impairs the safety margins of the pump manufacturer.

HVO100 has a slightly lower energy content (approx. 3.5% in terms of volume) which leads to a reduction in power along the maximum torque line where diesel injection is limiting (modern control systems do not necessarily limit fuel injection first), all low and medium load cases would not be affected by the difference, it is such a small difference you need to press the accelerator pedal compared to MK1 B7 diesel.

HVO also has a significantly higher cetane number (80-99 compared to regular diesel 45-55), which is good as it gives a fast ignition, which also means that, if you optimize the engine, you can tune in the combustion thanks to the higher cetane number, and make it more efficient than with the regular diesel,  for instance, this could be done automatically in cars with feedback-closed cylinder pressure measurement (closed-loop).

When we are still working, we can go through the emission improvements… HVO has in tests showed that in cases you would benefit from:

So no, HVO is not bad for your car, and its really good for the environment – in short, its like a racing fuel that loves to save the planet… 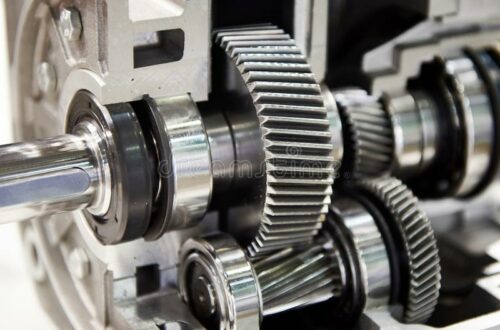